Testimony of Andy Rothman to the U.S.–China Economic and Security Review Commission on “China’s Quest for Capital.”

Thank you for the opportunity to appear before the Commission today. A lot has happened in U.S.-China relations since I last spoke to the Commission in 2003.

My testimony today is based on over 30 years of writing about the Chinese economy, including more than 20 years working in China, first as a Foreign Service Officer and then as a financial sector analyst. 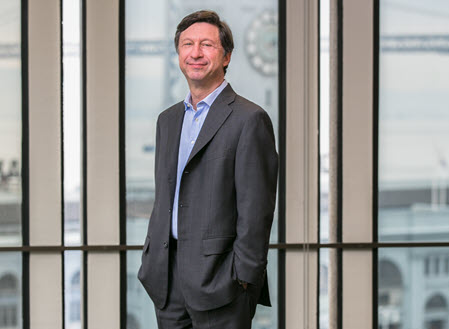 The Commission's Charter tasks you with providing “recommendations for action by Congress or the President, or both,” so I would like to focus my remarks on five recommendations you might consider. Each of these is intended to promote America's long-term interests with respect to China.

My first recommendation is that the Commission ask Congress to undertake a study to determine what the U.S.-China relationship should ideally look like forty years from now.

Today, in my view, there is too much attention on specific problems, such as protection of intellectual property and 5G. These are important concerns, but they are reactive, and not a foundation for a long-term strategic relationship between the world's most important nations.

Among the starting points for this study would be that China today accounts for about one-third of global economic growth, a larger share of global growth than from the U.S., Europe and Japan combined. China is already a strategic power in Asia. And, whether we like it or not, China is likely to be governed by the Communist Party for foreseeable future.

Last week, President Trump spoke in positive terms about the U.S. relationship with China, saying “it's the best it's ever been.” Earlier this month, National Security Adviser Robert O'Brien said, “. . . the Chinese don't have a democracy, they don't share our values. . . At the same time, there's a huge opportunity to work with the Chinese.” What policies can the U.S. pursue that can deliver on that opportunity to work with the Chinese government?

My second recommendation is that Congress should assess the best policy approach for achieving the objectives set out by the first study. This second study should objectively assess the results of the so-called “engagement” approach which characterized the last 40 years of U.S.-China relations.

There is, in my view, evidence to support the conclusion that engagement has significantly advanced a broad range of U.S. interests with China.

From the economic perspective, while China has clearly not lived up to all of its WTO commitments, it has done enough to enable GM to sell more cars in China than in the U.S. last year. Nike has enjoyed 22 consecutive quarters of double-digit revenue growth in China. And China is especially important to the U.S. semiconductor industry, accounting for about one-quarter of Intel's global revenue, 44% for Texas Instruments and two-thirds for Qualcomm.

Since China joined the WTO, U.S. exports to that market are up by more than 500%, compared to a 100% increase to the rest of the world. Prior to the current tariff dispute, China was our largest overseas market for agricultural goods, up by 1,000% since they joined the WTO.

The structure of the Chinese economy has also changed for the better. When I first worked in China, in 1984, there were no private companies—everyone worked for the state. You couldn't even find a privately-run restaurant. Today, 87% of urban employment is in small, privately-owned, entrepreneurial firms.

From the strategic perspective, China has helped us pursue our objectives with Iran and North Korea. Between 2000 and 2018, China supported 182 of 190 UN Security Council resolutions imposing sanctions on states violating international rules.

I only have time for a brief summary here, but more details are available in my research published on the Matthews Asia website, as well as in recent speeches by former U.S. Trade Representative Robert Zoellick and former Deputy Secretary of State Jim Steinberg, and a 2019 paper by Harvard Professor Alastair Iain Johnston.

This second study should also examine carefully the approach that some describe as “decoupling.” The first question should be, is it even possible to decouple from one of the world's largest economies, which is highly integrated into global supply chains? What would be the impact on our economy of decoupling from China, which accounts for one-third of global growth?

The study should consider if decoupling, or taking a generally more confrontational approach to China, will advance American interests. If we are perceived by the Chinese government as wanting to obstruct their efforts to make their country richer and stronger, will Beijing be incentivized to cooperate more with us on Iran and North Korea, on non-proliferation, money laundering and climate change? On Hong Kong and Xinjiang?

What will happen to companies like GM, Nike and Intel, as well as to American farmers and ranchers, if they get much less access to what I call the world's best consumer market?

The study should also consider how our allies and partners around the world might respond if the U.S. adopts a decoupling or confrontational approach. Some of our most important allies, including Japan, South Korea, Australia and Germany, conduct more trade with China than with the U.S.. How many of these nations want to choose sides in a U.S.-China dispute? Are we consulting with those nations as we consider our approach to China? Will companies from those nations take the market share in China abandoned by American firms under decoupling?

I share the frustration many of you have over the limitations of engagement in achieving our objectives with the Chinese government. But we need to be clear about what has been accomplished, and realistic about whether alternative policies will achieve more, or less.

I would now like to turn to the investment relationship with China.

In a recent paper, two of my colleagues at Matthews Asia report that we are seeing positive change among companies trading on the domestic A-share market on a variety of environmental, social and governance (ESG) factors, especially around state ownership, shareholder friendliness, ownership and control structures, disclosure, board composition, environmental stewardship and corporate conduct. Overall, we see progress in greater reporting and transparency on key governance issues, providing a marketplace where majority and minority shareholder interests are increasingly aligned.

In my view, engagement by foreign investors in China's equity and bond markets promotes the continued liberalization of those markets. For example, Chinese regulators are actively seeking foreign investors' input regarding regulations on defaults and restructuring. This impact is far greater than the dollar value of foreign holdings in China, which are only equal to about 3% of the equities market capitalization and the on-shore bond market.

Despite a similarly small market share, foreign banks have also contributed to the modernization of China's banking sector, which contributes to global financial stability. This topic is discussed in more detail by James Stent in his book, “China's Banking Transformation.”

My third recommendation is that Congress and the administration should not restrict this positive contribution by American investors to China's evolution to a more market-oriented economy.

Chinese companies, auditors and regulators do, however, need to play by the same rules as other participants in U.S. capital markets, which means complying with The Sarbanes-Oxley Act and the related rules promulgated by the Public Company Accounting Oversight Board (PCAOB). My understanding is that China's regulators have recently undertaken joint audits with their PCAOB counterparts and have proposed a solution to the outstanding audit issue. My fourth recommendation is that the Commission invite the PCAOB to provide an update on this topic.

Finally, my fifth recommendation concerns draft legislation which would prohibit the Federal Government's Thrift Savings Plan (TSP) from giving federal employees and retirees the option of investing in securities listed on Chinese exchanges. I have participated in the TSP since its inception, when I was a Foreign Service Officer, and in my view, this legislation would discriminate unfairly against federal employees, stripping them of the freedom that private sector employees would continue to have, to choose where to invest.

It is important to note that the TSP has five underlying funds, only one of which invests outside of the U.S. If participants in the international fund so wish, they can, at no cost, easily transfer their money into the four domestic funds. This would protect their freedom of choice.

To conclude, I believe continued engagement with China is the path that is most likely to serve America's long-term interests. This Commission can play an important role in helping Congress and the President reach a similar conclusion.

Andy Rothman discusses why China may once again be the engine of global economic growth.

A 2023 Calendar for China’s Reopening

Andy Rothman discusses why pragmatism is the best course for China’s future, and for Xi’s own legacy.